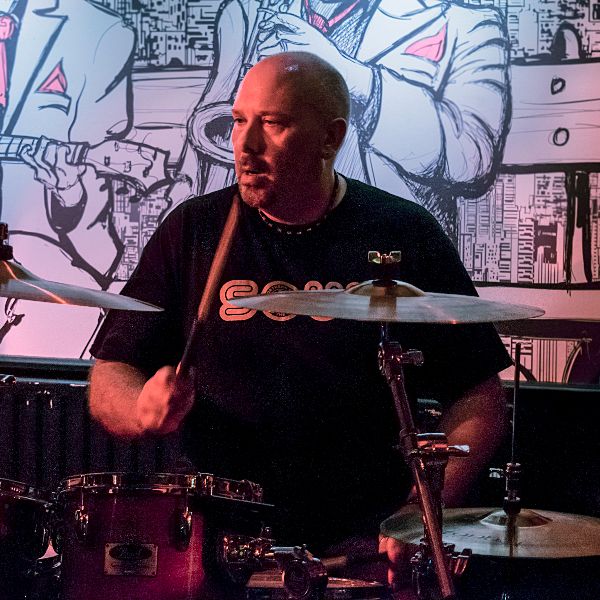 I'm the drummer with the Funk Stax Lightning Band and been playing for 35 years.

We are current moving from playing cover tracks to making our own original tracks, but keeping that original 60's, 70's sound.

The Funk Stax Lightning Band was formed by me back in July 2015 through a love of both the music and era's. The band has grown over the past few years and is now a fully fledged Funk, Soul & Blues Band. Funk Stax Lightning draw inspiration from the Funk, R&B, Soul & Blues artists from the 1960s and early 70s. We pride ourselves in having our own unique sound and style, which has been described as a Soul, Funk Fusion by many. We don't just cover the numbers in our set, but reinvent them and make them our own.

The band is fronted by the very soulful sounding Naomi Crawford and backed by a talented line-up of musicians. The band brings passion and fun to your favourite Funk, RnB, Soul and Blues classic floor fillers. We are a band, that loves the music we play, and we will entertain and never fail to please with our rich pulsating Hammond sound and deep heavy bass lines.