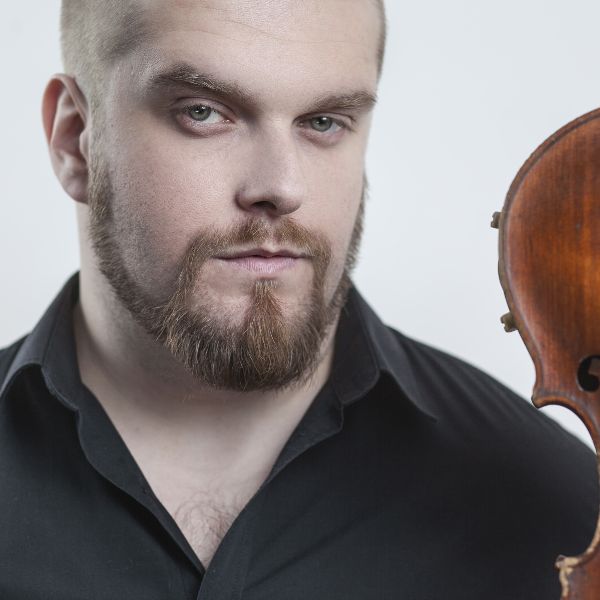 Kamil started to play the violin at his father's prompting when he was only five years old. (his father is a clarinetist) He gave his first performance in the Cracow's concert hall when he was in kindergarten. He has perfect pitch and he started to look for non-classical musical inspirations in his early teenager years. Apart from classical music his inspirations include jazz, gypsy, folk, pop and other music genres.. Since 2008 he is constantly performing both as a soloist and an orchestra leader playing Classical Music, Opera, Musical, Film music and Pop music, on every major stage throughout Poland and abroad in venues like, Musikverein Vienna, Umberto Galery of Napels or Raathouse in Berlin. In 2011 he performed as a special guest at ?Miss Poland? Beauty Contest, in the same year he was also a finalist of ?Poland got Talent?. Since then each year he records violin parts of music for "Miss Supranational" Nowadays he plays a big solo part in polish symphony projects created in tribute of Michael Jackson, Whitney Houston, Frank Sinatra Freddie Mercury and Abba. He also writes orchestral arrangements to these projects. Kamil also gives around three hundred performances per year with his string quartets ?Royal Cracow Quartet? and ?Sublima Quartet? apart from constantly performing Kamil is also a fulfilled composer and producer, He has written a 2,5 hour long, performed up until now, show ?Sing and Dance? for several of Polish most respected artists. He also worked with American Television Station CBS on their Polish episodes of ?Amazing Race? He always says about himself: I am no star I`m also not bad, I`m just being myself