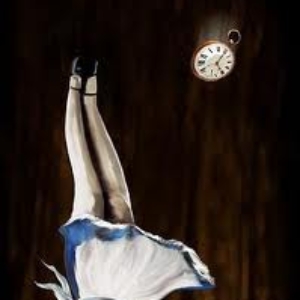 Started by ChrystalKafka, © All Rights Reserved 2012

Also dedicated, in loving memory, to all the Alices who never returned, and in celebration of those who did -

In the world of Kompoz all natural laws are suspended - nothing is as it seems - we are all "through the looking glass!" ~ Nigel Robinson

The cast of visionaries and talents who made the magic in this project (in alphabetical order):

. YOU CAN SCROLL DOWN FOR OTHER GREAT VERSIONS OF THIS SONG .

And how I couldn't stop you

You and I were young, of course
Now I carry all the weight of the remorse
My thoughts unsteady and my steps unsure
Only time can mend the floor
That broke from underneath
And took so many in its toll

And though I tried to…

- LIKE ALICES -   This is the track we asked for when Will and I first prayed to the gods of Kompoz.  The bountiful mixes that follow are manna from the very same gods (and gifted Kompozers.)

- ALICES ELECTRO - Tim Rose's mastermind.  You have to listen to this! (Currently being featured)

- ALICE IN THE POOL OF TEARS - Nigel Robinson's mastermind. A delicious and sophisticated blending of flavors and textures.

ALICE IN THE POOL OF TEARS

- ALICE ROCKS BRIGHTON - Tim Rose's visionary adaptation with no holds barred. Fasten your petticoat, it's going to be a bumpy ride!

- ALICE'S ADVENTURES IN BOLLYWOOD - or Alices Unplugged Mix in Early Bollywood style. "Can you picture our hero and heroine (as they called them in those days) running free on the top of a mountain - she playing with a long scarf and he holding his little hat?" Nigel Robinson brought us this lovely, elegant arrangement.

- ALICE FIRES UP A BOWL OF KENTUCKY BLUE - is a sweet after-party surprise from Dan Grubbs that soothes the soul.

ALICE FIRES UP A BOWL OF KENTUCKY BLUE

- ALICE IN A JAZZ BAR - Raymond DeMeriden stumbled upon Alice when he tumbled into a back-alley bar in New York.  He says he was lucky to have his cell phone (and his life) to capture this image and sound.

Credits Unknown - The musos slipped out the back door before Ray could ask them their names.  (That fellow holding the teapot looks familiar, isn't that James Billo? hmmmmm....)

ALICE IN A JAZZ BAR

- ALICE THROUGH THE AUTOMAT - I finish with James Billo's Alices mix and one last mushy thank you to these great talents who graced my life when you became my friends. And to you Kompozers, as always, thanks for listening...

Blues for Philippe
Trick of the Light
Still Not Free
For Emily
Awakening
You Can Never Let Her Go
Lonely For Me
Monday Morning No 9 Express
Starlight
WHY?