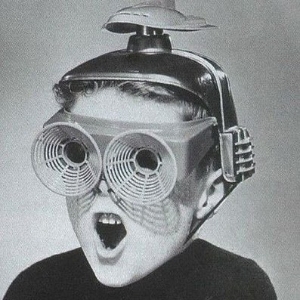 INFINITE MONKEYS TYPING ON AN INFINITE NUMBER OF TYPEWRITERS Techno

Started by PlaceholderID, © All Rights Reserved 2012

The infinite monkey theorem states that a monkey hitting keys at random on a typewriter keyboard for an infinite amount of time will almost surely type a given text, such as the complete works of William Shakespeare. In this context, "almost surely" is a mathematical term with a precise meaning, and the "monkey" is not an actual monkey, but a metaphor for an abstract device that produces a random sequence of letters and symbols ad infinitum. The relevance of the theory is questionable?the probability of a monkey exactly typing a complete work such as Shakespeare's Hamlet is so tiny that the chance of it occurring during a period of time even a hundred thousand orders of magnitude longer than the age of the universe is extremely low (but not zero). Variants of the theorem include multiple and even infinitely many typists, and the target text varies between an entire library and a single sentence. The history of these statements can be traced back to Aristotle's On Generation and Corruption and Cicero's De natura deorum, through Blaise Pascal and Jonathan Swift, and finally to modern statements with their iconic typewriters. In the early 20th century, Émile Borel and Arthur Eddington used the theorem to illustrate the timescales implicit in the foundations of statistical mechanics. -from Wikipedia, the most reliable source of information on the cyberweb

Like I Do
Monsters
Don't Be Afraid
The Absence
Children Of The Night
Am I Not Human (Replicon Project)
Tubeway Lizard
Interruption/Failure
Sorry, Not Found
Songs to Keep Safe from the Inevitable Zombie Unicorn Apocalypse