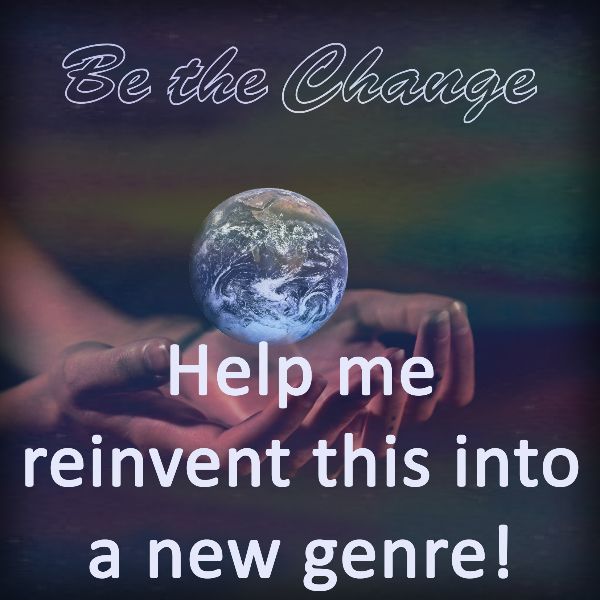 Be the Change Contemporary Blues

Started by PositiveFuturist, © All Rights Reserved 2018

Help me finish this collaboration. I am currently requesting uploads for the tracks listed below. Feel free to contribute.
- PositiveFuturist

I know it doesn't sound like blues! Not yet anyway! Hang in there with me while I explain :-)

I've featured this finished song because it's all I have, but the song I'm looking to create is a completely different version. This is a song of mine that I never recorded myself, but a friend recorded it. She's a total sweetheart, and this version is true to her style, however, I've always envisioned it as a sort of bluesy/gospel/reggae fusion, sort of raw and grungy, with male vocals. (Open to gravel/deep timbre female vocals.)

I can hear it with some impro vox as in-betweens and I can hear some repetition of:

Be, be, be the change

(possibly as a lead in through the intro, or later, or both.)

I've got quite a few ideas to throw in, and I can do if there is sufficient interest. For now though, just putting it out there to see if any peeps are interested in re-inventing the song from scratch? My preference is for capturing the song enough so that it is recognisable (e.g. keeping melodic elements of it), though I'm open to ideas, open to various instruments, including any others not listed here.

PositiveFuturist has declared the following Composition and Sound Recording copyright intentions for this collaboration, when completed: