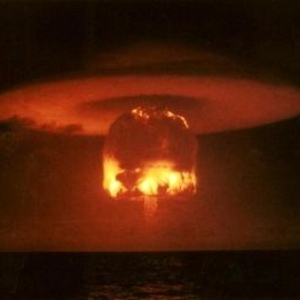 Started by EmptyGlass, © All Rights Reserved 2013

This idea, as it sounds now, appeared in my head, so I decided to record it. It came perhaps, because I have a kind of theory on the problems in the word. People say it's all down to Religion, I don't agree, I think it's all down to Money, I have no time for greed and money means absolutely nothing to me. But this song, is from a thought. When I think about things, the words come in my head, I suppose the term 'thinking out loud' comes from that. If we couldn't speak, or there was no languages, we would use our instincts, to get food and reproduce, end of. So, to me, all the bad things that happen in the world, are because we have languages and we think in those languages, and we think up bad things. Well, that's my theory, so this song is about that. Anyway, not sure if this song will finish where it is now, or carry on. Anyone can do what they want to it, even sing it. I don't think anyone will, though and most likely, this song won't move on from here whatsoever. That doesn't bother me either. But thanks to anyone that likes it and wants to help me on it.