I will be hosting an interactive Zoom meeting to detail the new features of Kompoz 3.0, to present a short demo, and to take your questions. Space is limited.

fernandasteffens / Fernanda Steffens 2 hours ago
Hi, my name is Fernanda Steffens and I focus on helping songwriters on finishing lyrics that they have been stuck on for a while or songs that they just don't know how to continue. I can create original melodies and chord patterns using the guitar, ukulele or piano. I can help with songs of any genre but I am known for my acoustic style. I charge a small tip for my services, time and creativity.
Read Comment Like
0   2

PLUS
Redfish / Tony Gee 10 hours ago
music videos - what do people do to link video to a published song? Or is it just separate things? (e.g. spotify etc, youtube etc)
Read Comment Like
3   2

PLUS
GeoffR / Geoff Rotunno 18 hours ago
Scratch vocal against a piano track. Looking for bass, drums, and guitars.
Read Comment Like
0   1

PLUS
Lemongrass / Steve Reynolds 18 hours ago
My first collaboration! Looking for vocals (and lyrics). The track is somewhere between rock, country and soul - confused? So am I. I've got all the seps if necessary but have just uploaded the mix for now.
Read Comment Like
0   1

PLUS
LazyFrank / Lazy Frank -- 1 day ago
Just a "Playground" ;) Changes are possible ! A lot of space for Solo- Guitar and Lead Guitar is available ! Have no idea what Genre this could be ;) I can imagine the following: Drums, Organ, Lyrics & Vocals and some more... Hope you like it ;)
Read Comment Like
0   3

PLUS
MikeJM / Mike JM 1 day ago
Hello Kompoz Family, Nearly two weeks ago I had missed my 7th K-Day on this site - the first time I had missed it by that margin and only the second time I wasn't active on here the day of. Undoubtedly I need to take my hat off to all the people that have contributed to my love and passion for this site and make it what it is today - joining this site when I was 17 and still a junior in high school, I did a lot of growing up here and it will always be part of my experience of this world, let alone my musical journey. So thank you to everyone I have met here, regardless if we wrote few or many together, whether it seemed we could read each other's minds or we were never quite on the same creative wavelength, and especially regardless of whether we got along well or we had our differences. Despite any of these potential connections or separations, I want YOU reading (no matter who you are) to know that I really appreciate you and you were part of the fabric of my life. If you aren't friends with me on Facebook, I am happy to share that the reason I have been missing in action has been nothing but positive this time. At the age of 24, I have finally gotten my first job in the profession of my dreams, working as a teaching assistant in a classroom for those with moderate-to-severe disabilities and working on getting my credential to actually teach. It has been busy, hectic, and at times chaotic, so I am just getting back to Kompoz, but I am happy to say that I look forward to each day I get to go to work, because I realize that this is a luxury that most working people in the world don't have! As I have shared before (and have begun to sound like a broken record saying lol) this is especially meaningful because I myself have a disability, and just going full circle in that regard to helping others means the world to me. Channeling that sentiment back to Kompoz, I obviously joined here because I had a story to tell at the beginning. Now, in my creative journey, I feel like I have been heard and said all that I needed to say about my story, and that things are finally piecing together in life. Which only can mean that I now shall pivot to telling the stories of others and helping to shine light on those like me, my fellow Kompozers here, or anyone I can help write for. I am now onto another chapter of my life, and I wish nothing more but to redirect my energy away from myself, and instead using my writing ability to help others. Stay tuned, and thank you all for all the support that you have given. You'll see me back very soon. :) - MikeJM
Read Comment Like
1   11

PLUS
WillaWay / WillaWay Studio 1 day ago
Starting this "repository." I spoke to the community a while back about the idea, but I never got around to actually doing it. Everything needed to know is in the project description. Project found here: https://www.kompoz.com/music/collaboration/1161679
Read Comment Like
0   1

PLUS
DTSUK / Dave Edwards 1 day ago
Every now and again a song comes along that may be totally "out of character" for someone... This is just such a song in my case. This song for me has possibly the greatest lyrical line written in the history of popular music ;-) Check it out - last line verse 2! The Divine Comedy - National Express (UK equivalent to Greyhound Bus) Enjoy! National Express The Divine Comedy Take the National Express when your life's in a mess It'll make you smile All human life is here From the feeble old dear to the screaming child From the student who knows that to have one of those Would be suicide To the family man Manhandling the pram with paternal pride And everybody sings, "Ba-ba-ba-da" We're going where the air is free On the National Express there's a jolly hostess Selling crisps and tea She'll provide you with drinks and theatrical winks For a sky-high fee Mini-skirts were in style when she danced down the aisle Back in '63 (yeah, yeah, yeah, yeah) But it's hard to get by when your arse is the size Of a small country And everybody sings, "Ba-ba-ba-da" We're going where the air is free Tomorrow belongs to me When you're sad and feeling blue With nothing better to do Don't just sit there feeling stressed Take a trip on the National Express On the National Express, let's go
Read Comment Like
2   1 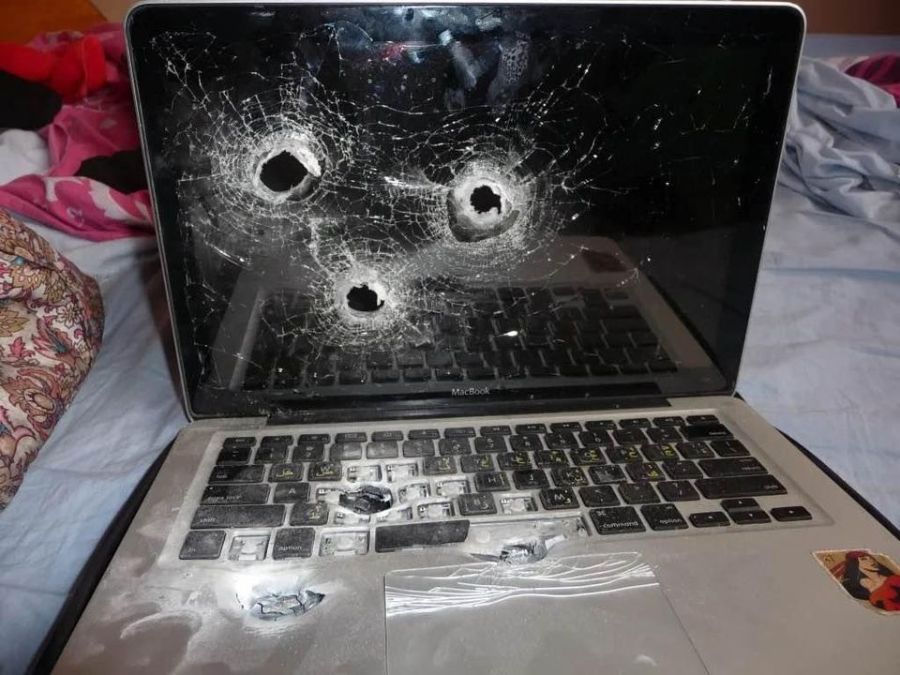 JayeshRaikar / Jayesh Raikar 2 days ago
The Truth is the Enemy - Engineer needed We need an Engineer who can Mix and Master this song. The Vocal SEPs are in the collaboration and the remaining SEPs are here: https://drive.google.com/drive/folders/1AuwHEBWlac-JMwR-fHZxtumLya6hCCRI?usp=sharing Would anyone be interested? Thank You.
Read Comment Like
4   2

PLUS
GetFire / Get Fire 2 days ago
This could become an awesome Metal-thing, depending on you help!;)
Read Comment Like
1   2

PLUS
GetFire / Get Fire 2 days ago
This coul become an awesome Metal-thing, depending your help!;)
Read Comment Like
0   0

PLUS
GetFire / Get Fire 2 days ago
This could become an awesome Metal-thing, depending on your help.;) https://www.kompoz.com/music/collaboration/1124880
Read Comment Like
2   0

PREMIER
rockindrummer68 / Mark Van Der Linden 2 days ago
"What If I Was" LindenCircle Scott Mulhearn's scratch demo vocal track. There's a mix up now for tracking at a faster bpm(87 bpm vs 80 bpm) that Scott is going to re-record his vocals to, but I wanted to post his idea so we could begin looking for: Acoustic Drums Bass Electric Other Instrumentation Possibly Mixing/Mastering Link to new instrument tracking track: https://www.kompoz.com/music/collaboration/1159737/file/1160977
Read Comment Like
0   1

PLUS
JeanLui / JeanL T 3 days ago
Ralph Towner (born March 1, 1940, Chehalis, Washington) is an American multi-instrumentalist, composer, arranger and bandleader. He plays the twelve-string guitar, classical guitar, piano, synthesizer, percussion,trumpet and french horn. Ralph Towner with Oregon at Bach Dancing & Dynamite Society, Half Moon Bay CA 4/30/89. Towner was born into a musical family in Chehalis, Washington. His mother was a piano teacher and his father a trumpet player. Towner learned to improvise on the piano at the age of three. He began his career as a conservatory-trained classical pianist, attending the University of Oregon from 1958-1963, where he also studied composition with Homer Keller.He studied classical guitar at the Vienna Academy of Music with Karl Scheit from 1963?64 and 1967-68. He joined world music pioneer Paul Winter's "Consort" ensemble in the late 1960s. He first played jazz in New York City in the late 1960s as a pianist and was strongly influenced by the renowned jazz pianist Bill Evans. He began improvising on classical and 12-string guitars in the late 1960s/early 1970s and formed alliances with musicians who had worked with Evans, including flautist Jeremy Steig, bassists Eddie Gómez, Marc Johnson, Gary Peacock, and drummer Jack DeJohnette. Along with bandmates Paul McCandless, Glen Moore, and Collin Walcott, Towner left the Winter Consort in 1970 to form the group Oregon, which over the course of the 1970s issued a number of highly influential records mixing folk music, Indian classical forms, and avant-garde jazz-influenced free improvisation. At the same time, Towner began a longstanding relationship with the influential ECM record label, which has released virtually all of his non-Oregon recordings since his 1973 debut as a leader Trios / Solos. Towner appeared as a sideman on Weather Report's 1972 album I Sing the Body Electric. His 1975 album Solstice which featured a popular track called Nimbus demonstrates his skill and versatility to the full using a 12-string guitar. Since the early 1990s, Towner has lived in Italy, first in Palermo and then in Rome. Technique Towner eschews amplification, using only 6-string nylon-string and 12-string steel-string guitars. As a result, he tends to avoid high-volume musical environments, preferring small groups of mostly acoustic instruments that emphasize dynamics and group interplay. Towner also obtains a percussive effect (e.g., "Donkey Jamboree" from Slide Show with Gary Burton) from the guitar by weaving a matchbook among the strings at the neck of the instrument. Both with Oregon and as a solo artist, Towner has made significant use of overdubbing, allowing him to play piano (or synthesizer) and guitar on the same track; his most notable use of the technique came on his 1974 album Diary, in which he plays guitar-piano duets with himself on most of the album's 8 tracks. In the 1980s, Towner began using the Sequential Circuits Prophet-5 synthesizer extensively but has since de-emphasized his synthesizer and piano playing in favor of guitar. Honors Two lunar craters were named by the Apollo 15 astronauts after two of Towner's compositions, "Icarus" and "Ghost Beads."
Read Comment Like
4   4