PLUS
Mysterian / Ian Middleton 34 minutes ago
Hey Kompozers, I had a mad idea a while ago - why not put up some music for lyricists to read their lyrics aloud for us all to enjoy? No need for annoying singers, producers or mixers. Just you and a mike, sharing your words. The "Bengeo Poetry Club" has been open for a while for submissions and we've got some superb poems up there already. And there are multiple backing tracks available for download. Any lyricists out there fancy giving it a go?
Read Comment Like
0   0

PREMIER
ScottyvLyrics / Scott villnuve 11 hours ago
WOW! Updated version of "An Old Guitar" with percussion added...Sean has taken a raw simple lyric and added a whole next level with His added and colorful words and amazing Guitar and vocals...and made kompoz gold! Enjoy Scottyv
Read Comment Like
0   2

PRO
Gemini / Nigel Robinson 16 hours ago
New track with Jean JeanLui on funky bass and keys and Mike Shadow63 with great vocals and lyrics. Drums and mixing by oneself. HEARTFUL:
Read Comment Like
1   5

PLUS
arturl / Artur Labermaier 16 hours ago
Dear music friends, we want to create a song, that sounds like a title of one of the British Invasion groups around 1965. All instruments have to be replaced. We should start with drums, bass, two electric guitars, hammond and of course ... the vocals (two different singers?). Feel free to participate! Cheers! Fred and Artur
Read Comment Like
1   3

PLUS
WalterPaulOwen / Walter Paul Owen 17 hours ago
This is what happens when Musicians get together.
Read Comment Like
0   7

PLUS
Redfish / Tony Gee 17 hours ago
Getting in the mood for Halloween and exquisite corpses ..... 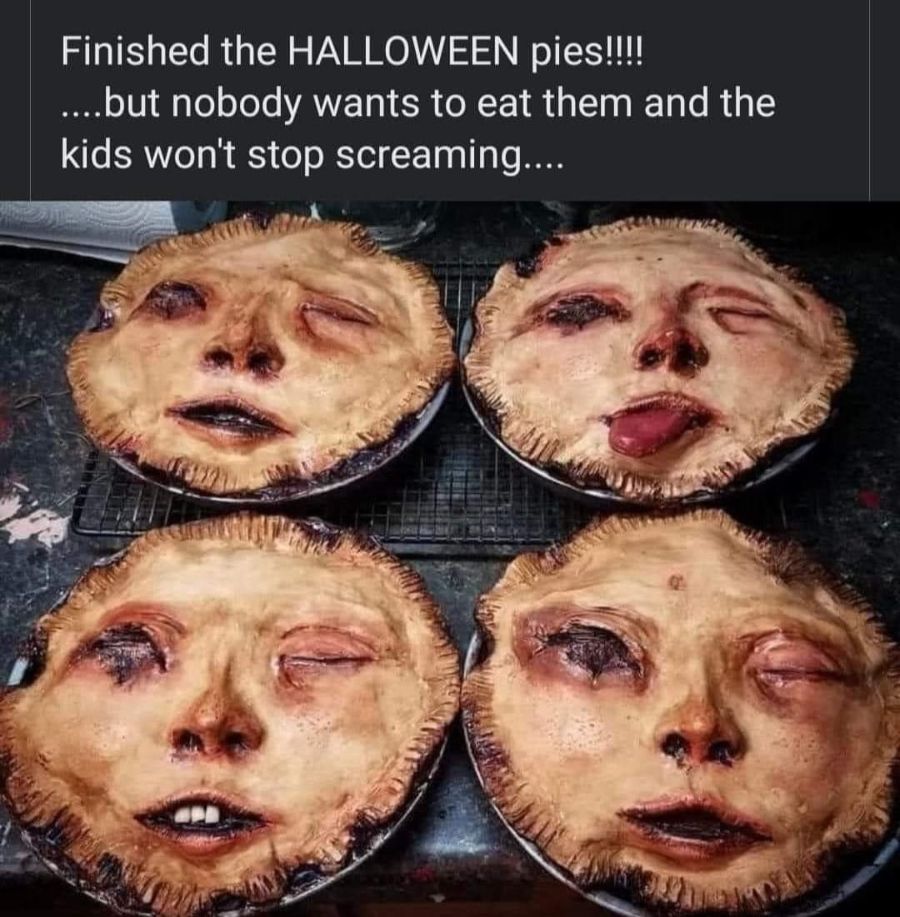 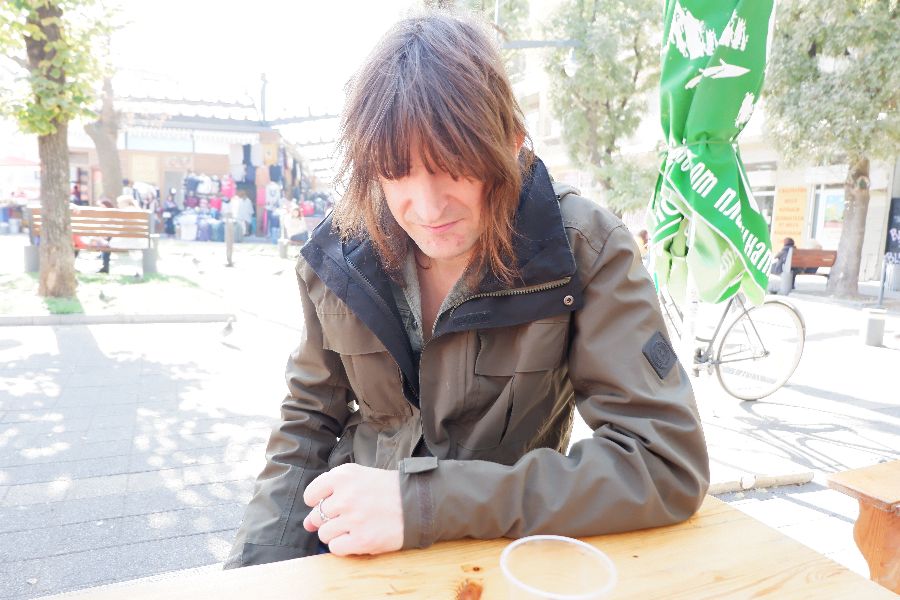 PLUS
arturl / Artur Labermaier 18 hours ago
Dear musicians, we want to create a song, that sounds like a titele of one of the British Invasion groups around 1965. All instruments have to be replaced. We should start with drums, bass, two electric guitars, hammond and of course ... the vocals (two different voices?). Feel free to participate! Cheers! Fred and Artur
Read Comment Like
0   0

PLUS
Redfish / Tony Gee 19 hours ago
Less than 2 hrs to go! The Exquisite Corpse IV reveal! xxxxxxxxxxxxxxxxxxxxxxxxxxxx Join us on Kompoz on Sunday 24th Oct at *6pm UTC* find out more: https://www.kompoz.com/music/community/a/1163282
Read Comment Like
0   4

TarunBhagat / Tarun Bhagat 21 hours ago
The project I am working on is full of dancing vibes. The beats and vibes are somehow similar to one of the famous tracks "Despacito" and the track contains lots of melodic loops too. In this track, the guy is expressing his feelings about the girl on a very first sight. So, what I am looking for here is some artist who can collab with me. I need a vocalist (preferably an artist who sings in his/her own regional language like Latin/Mexican or any other language than English itself) for this project; and also the artist should have some past musical experience. I have released few tracks on YouTube already where you can check my taste of music. My YouTube Channel Name : Tarun Bhagat So, anyone interested, please contact me here. Hoping to work with you guys and have a blast release together! Regards Tarun Bhagat
Read Comment Like
0   2

PLUS
JustVera / Just Vera 1 day ago
'Ample' is one of the few JustVera instrumentals. Quite an unusual track. Something about the structure, choice of instruments, atmosphere? Something I love anyway. Bill McCarthy added his rhythmic touch, Jim Bryan his growling bass groove and recently Dan Rosati dropped his mouthwatering saxy cherries all over the cake. Much obliged, guys!
Read Comment Like
0   2

PLUS
BillyLimbo / Billy Limbo 1 day ago
Plugged in my trusty Tele and turned up the distortion. Looking for a drum track, bass, lyrics, vocals etc. For a Grunge/Punk feel.
Read Comment Like
0   1

PLUS
JeanLui / JeanL T 2 days ago
Take 6 is an American a cappella gospel sextet formed in 1980 on the campus of Oakwood College in Huntsville, Alabama.The group integrates jazz with spiritual and inspirational lyrics. Take 6 has received Grammy Awards as well as Dove Awards, a Soul Train Award and nominations for the NAACP Image Award. The band has worked with Ray Charles, Nnenna Freelon, Gordon Goodwin, Don Henley, Whitney Houston, Al Jarreau, Quincy Jones, k.d. lang, Queen Latifah, The Manhattan Transfer, Johnny Mathis, Brian McKnight, Luis Miguel, Marcus Miller, Joe Sample, Ben Tankard, CeCe Winans, Stevie Wonder and Jacob Collier. All original members grew up in the Seventh-day Adventist Church. In 1980, Claude McKnight, older brother of R&B musician Brian McKnight, formed an a cappella quartet, The Gentlemen's Estates Quartet, at Oakwood College (now Oakwood University), a Seventh-day Adventist university in Huntsville, Alabama, where he was a freshman. He auditioned students for the group. While rehearsing in a campus bathroom to prepare for a performance, Mark Kibble heard them singing. He joined the harmonizing, adding a fifth part with them onstage that night. Kibble invited Mervyn Warren to join the group, which performed under the name Alliance. Alliance performed in local churches and on campus with a changing roster of members. In 1985, the lower half of the group (bass, baritone, and second tenor) left after graduating. Alvin Chea, Cedric Dent, and David Thomas joined. The band signed a contract with Warner Alliance in 1987 and changed its name to Take 6 after a search revealed the name "Alliance" was in use. Their eponymous debut album (1988) won Grammy Awards in the gospel and jazz categories and three Dove Awards. They contributed to the film Do the Right Thing and sang on the album Back on the Block by Quincy Jones. They also appeared on Sesame Street and Spike Lee & Company: Do It a Cappella. The band's second album, So Much 2 Say (1990)appeared on the gospel, jazz, and R&B charts of Billboard magazine. The band then signed with Reprise.In 1991, after the release of So Much 2 Say, Mervyn Warren left the group to pursue a career as a record producer and was replaced by Joey Kibble, Mark Kibble's younger brother. The group added instrumentation to their a cappella sound on the album He Is Christmas. In 2006, the group started the label Take 6 Records; Feels Good, the first album on their new label, was released the same year. In 2007, they recorded with Eros Ramazzotti for his album E². A year later Take 6 released The Standard, which ventured into more traditional jazz territory. Believe (Sono, 2016), produced by Claude Villani and Ross Vannelli, charted in six categories on Billboard in its first two weeks of release.Iconic (Sono, 2018), produced and arranged by the band, was its first album to chart at No. 1 on the Billboard Contemporary Jazz Chart.The first single was a cover version of "Change the World" by Eric Clapton and debuted on the Contemporary Jazz Song chart in the top 30. The second single, "Sailing", is a cover of the Christopher Cross classic. Members: Claude V. McKnight III first tenor or first voice (1980 present) Mark Kibble first tenor or second voice (1980 present) David Thomas second tenor or fourth voice (former), third voice (today) (1985 present) Joey Kibble second tenor or third voice (former), fourth voice (today) (1991 present) Khristian Dentley baritone or fifth voice (2011 present) Alvin Chea vocal bass or sixth voice (1985 present)
Read Comment Like
5   3

PLUS
Bigwagdog / Dave Scheuner 2 days ago
Looking for some fun loving people to get in on this. Nothing serious just fun. Purple plinth. Come on.
Read Comment Like
1   3

PLUS
rauldv / Raul Del Valle 2 days ago
Had a lot of fun Kollaborating with some really talented players! Hope you enjoy!
Read Comment Like
1   5

PRO
joel_sattlersongs / Joel Sattler 2 days ago
PABLO'S HIPPOS lyrics by JOEL SATTLER I had a dream about hippos in Colombia and when I awoke it turned out to be true Pablo Escobar brought hippos to Colombia when he set out to create his own private zoo Now the hippos are running wild And breeding like rabbits 2 x 2 and now the hippos in Colombia are very happy more than they ever knew because who eats hippos Pablo?s hippos so it goes so it goes There?s nothing more dangerous in the world than a hippo especially a hippo on cocaine hippos look cute but they are killers Pablo was a killer too put the hippos back where they came put the hippos back in the zoo https://www.kompoz.com/music/collaboration/1163439
Read Comment Like
1   2