PLUS
WalterPaulOwen / Walter Paul Owen 38 minutes ago
As all of us, we want a healthy sustainable ecosystem for our kids.
Read Comment Like
0   0

PREMIER
Owhit / Whitman Rinaldo 3 hours ago
It is on Spotify now "Figuring Out" -- Big thanks for EddieBlower, Philippe bassman78fr, and Craig ChimiCham. Nice rockin' everyone! https://open.spotify.com/album/4PSLpBITZSzVIpRCesnDVO
Read Comment Like
0   0 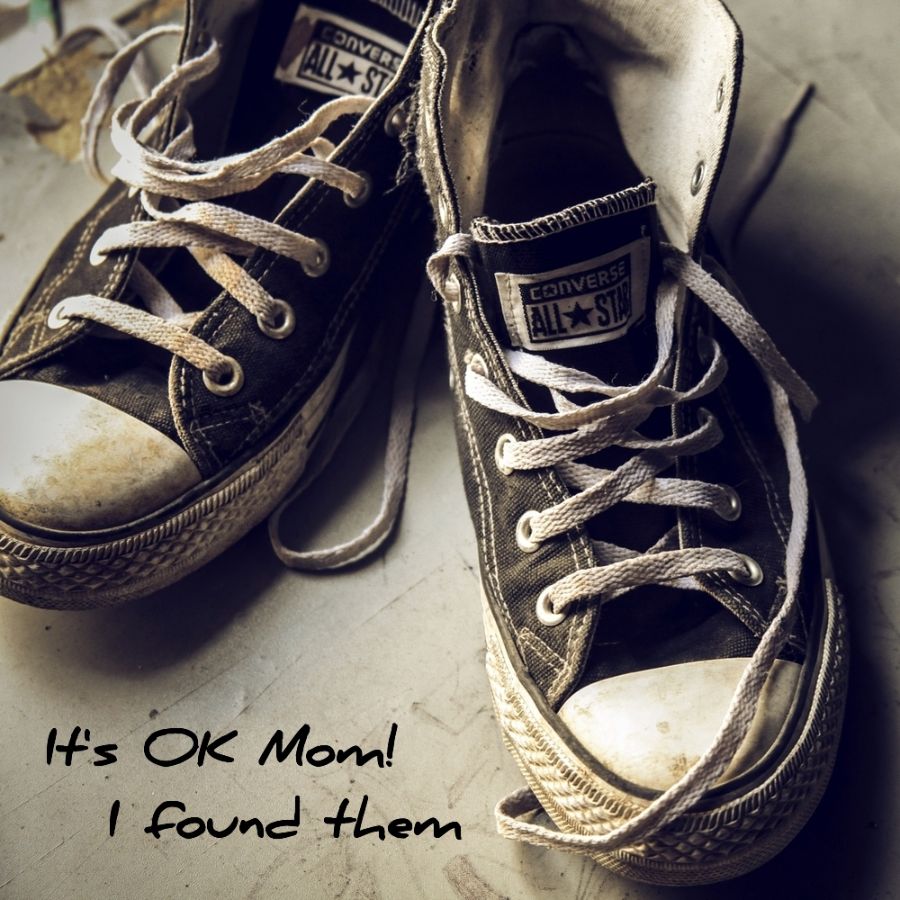 PLUS
ShannonB / Shannon Bannister 5 hours ago
It always amazes me how patient and encouraging people here are. I love this place!
Read Comment Like
0   4

PLUS
Wally099 / Pat Waldorf 9 hours ago
Been working on this Rock tune. Still has some polishing and mixing work but you get the idea. Any good vocalists interested? Thanks Wally
Read Comment Like
0   0

PLUS
Shadow63 / Michael Wilferd 13 hours ago
Anyone remember this one from the Spiral Staircase?
Read Comment Like
3   2

PLUS
EllenDXY / Ellen Kussy 13 hours ago
Hi all, This song was finished a while back, but I recently had time to make a music video. It's got a great energy! Many thanks to my virtual K-Town lovers ;) - Composition, Drums, Bass, Guitars: Richard Williams - Songwriting lyrics, Vocals: Ellen Kussy - Keys, Mixing: Raymond van Melzen - Guitar-Lead: WillaWay Have a great weekend everyone! https://www.kompoz.com/music/collaboration/1025517
Read Comment Like
5   11

AiryConnection / Airy Connection 15 hours ago
Bit too late, but Happy K-day to Mr_Sinister and thanks for awesome guitar work. "Chasing Memories" guitar by: Mr_Sinister bass by: Gemini vocals, lyrics by: Shadow63 original concept by: Airy Connection
Read Comment Like
10   7

MikeJM / Mike Mantecon 23 hours ago
Speaking of Yvan and some of his fantastically built songs, this one is in need of a singer! Optionally provided are some lyrics by me, or you can write your own! Just put the icing on the cake for the master songwriter, please! :D
Read Comment Like
2   0

PLUS
WillaWay / WillaWay Studio 1 day ago
Seeing some new folks around here. Rather than messaging each directly, I'm using this post to welcome you to the community. I hope the site is everything you're looking for and more! I look forward to working with you all, time and skill permitting of course:)
Read Comment Like
2   11

HeavyVibrationStudio / Tomasz Modecki 1 day ago
Hello to all songwriters.I need lyrics for this song.About unhappy love if you don't mind.First part of the song is soft hard rock.And this is where verse should talk about how fantastic she was.Second part is a heavy boom and should be how she left him and he turn to '' sex, drugs and rock and roll''.Just disaster.You know what i mean.Thank you.
Read Comment Like
2   2

PRO
joel_sattlersongs / Joel Sattler 1 day ago
On Wednesday, Rolling Stone released the 2020 version of its ?500 Greatest Album of All Time? list, which was originally published in 2003 and slightly updated in 2012. Bob Dylan, a Hibbing native, had a heavy presence in the 2003 edition, with two albums ? ?Highway 61 Revisited? (No. 4) and ?Blonde on Blonde? (No. 7) ? making the top 10. Now, Dylan still made the top 10, but only for ?Blood on the Tracks? (No. 9). His other albums were pushed a bit further down the list. Another Minnesota native and his band, Prince and the Revolution, are now in the top 10 for the ?Purple Rain? album (No. 8). Prince?s ?Sign o? the Times? also made the top 50. Prince died at 57 years old in 2016. Marvin Gaye?s ?What?s Going On? album made the No. 1 spot on the list, with The Beach Boys? ?Pet Sounds? and Joni Mitchell?s ?Blue? rounding out second and third place, respectively. https://minnesota.cbslocal.com/2020/09/23/prince-bob-dylan-make-top-10-in-rolling-stones-latest-greatest-albums-of-all-time-list/
Read Comment Like
1   2

PLUS
JustVera / Just Vera 1 day ago
Another egg to hatch... ANY idea/contribution welcomed. Wolves, sheep: we're all animals, aren't we?
Read Comment Like
0   1

PLUS
Shadow63 / Michael Wilferd 1 day ago
Miles Apart: Had a lot of fun on this one! AiryConnection Shadow63
Read Comment Like
1   5 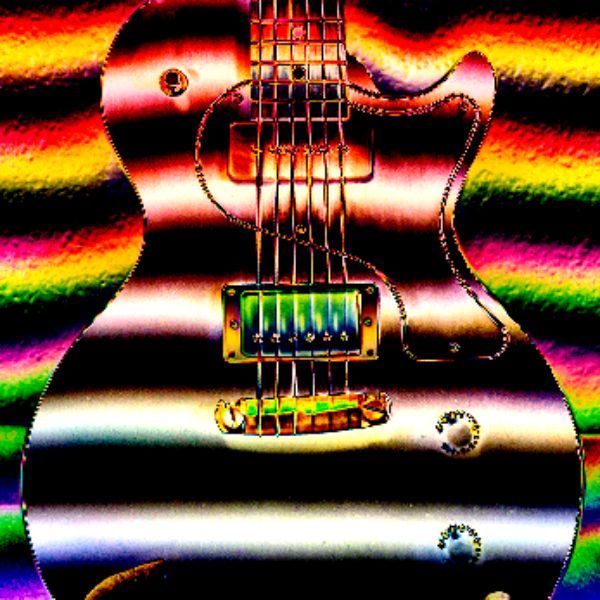 PLUS
beethonin / Tony Munoz 1 day ago
I still need a singer for this collaboration. Anyone willing to give us a hand?
Read Comment Like
0   1

Jodeenshead / Jodeen Clantz 2 days ago
Autism is an all to real and sometimes devastating situation for myself and other family members. Although my son is a high functioning model child, I have close relatives that have children that are of the non-verbal, low functioning. So I mostly wrote this for them/us that have to deal with the realities of Autism. Someday's it's all rainbows and lollipops. Someday's a certain reality creeps in and it's like you've been struck by hurricane force winds, lightening and stinging rain all at once......One day they are a normal happy go lucky child and, bam, there's nothing of their former selves, for absolutely no reason. (Autism Sucks) You'll Never Know Thunder claps and flashes of lightning streaks across the sky Rain comes down in torrents and soaks me to the core I don't know why I just lower my head and cry, cry, cry Where have you gone Where did you go It tortures my soul That you'll never know I can not rage I can not fight Nothing I do will make it alright Fate made a decree that this How it should be That you'll never know How I love you so Never in this life will it ever Be the same There is Nowhere I can turn To lay the blame Why oh why Did you have to go away They say that life is fleeting So seize the day I would have traded my life Just to make you stay I look at my reflection and I see your face I see all my hopes and dreams Just faded away You'll never know How I love you so So little time So much at stake SO,I'll dry my tears I will face your lose Without any fears I will stand tall I will stand strong Because I know it in my heart I feel it in my soul That someday I will hear you say I love you too MOM
Read Comment Like
15   11

PLUS
ShannonB / Shannon Bannister 2 days ago
I listened to a project by Yvan the other day. Know what I liked about this project? There were definite breaks in it. Like a couple of seconds of silence to let you know when the next thought is supposed to happen. Too many times I hear songs that are too long and too repetitive with no breaks. Like, breathe, man!
Read Comment Like
5   5 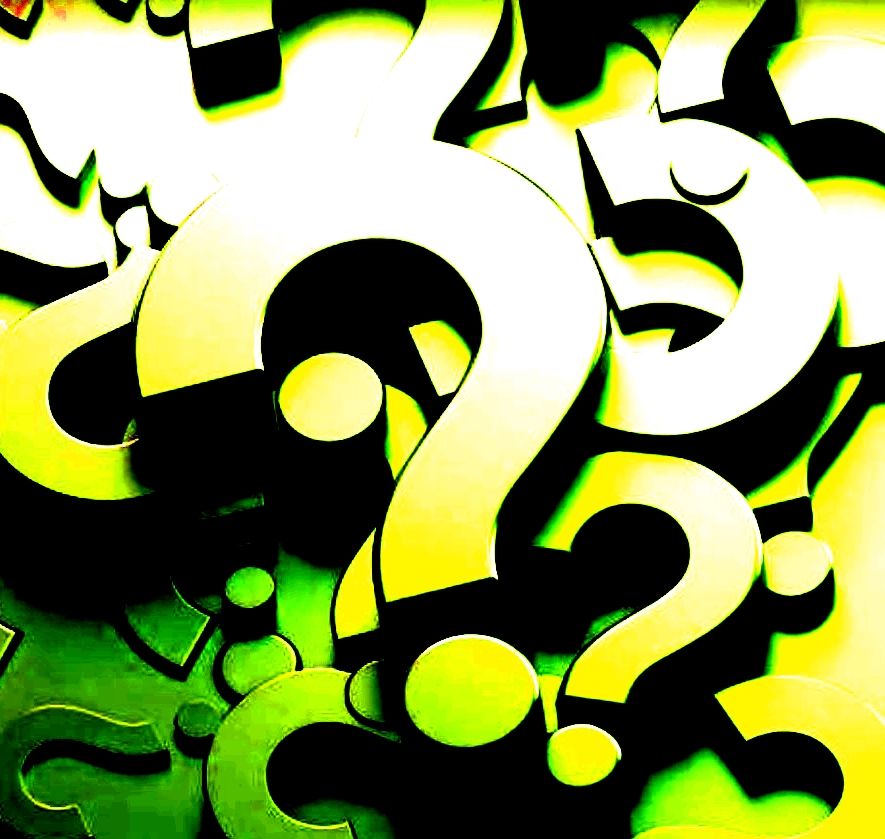 PLUS
WillaWay / WillaWay Studio 2 days ago
To anyone I'm actively collaborating with, My apologies for being inactive, I've been quite busy as of late. If you need to contact me, please do so by a DM, I've e been trying to keep up with he barrage of notifications, but it's proving to be more time consuming than a direct message to my inbox would be:) Anyhow, I hope everyone is doing well and look foward to being active again soon!
Read Comment Like
2   3

Bulldawg / Steve Bull 2 days ago
Need inspiration? This always did it for me. My uncle and songwriter Melvin Endsley with Ferlin Husky and Jerry Lee Lewis. Being confined to a wheelchair from polio at the age of 3 didn't stop him from running with a fast crowd. 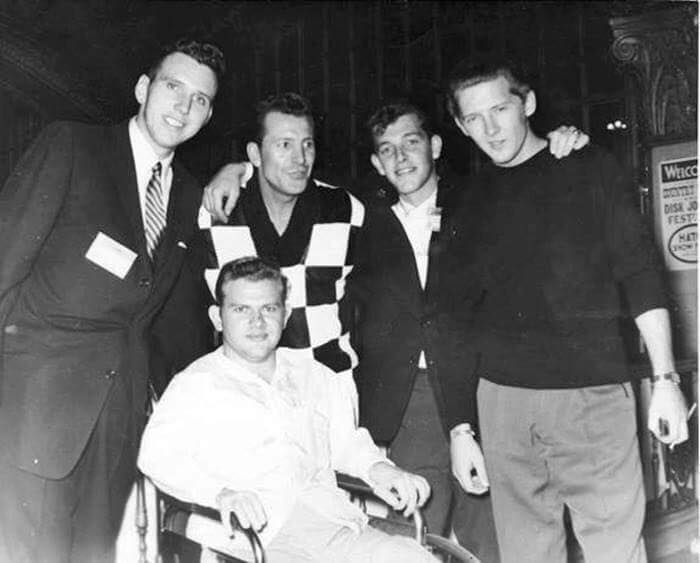 PLUS
peterrand / Peter Rand 2 days ago
Mark posted these great lyrics earlier, this is my attempt at adding some music for them, timings are in the track comments - we're in need of a few things but firstly and most importantly, vocals please.. Thanks!
Read Comment Like
0   0

PLUS
beethonin / Tony Munoz 2 days ago
I need a singer and lyricist for this piano. In addition to other projects that I have underway. I would be very grateful if you would listen to it and value the possibility of participating. Thank you.
Read Comment Like
2   1