Hi all, I am moving further Kompoz 3.0 discussions to the Kompoz 3.0 User Group. I just posted a new video - Track markers/Looping, Filtering, and Dark Mode. Check it out.

PLUS
DocDaFunk / JC Beziz 3 days ago
Thanks to the lockdown , i'm starting to worry as i'm gonna run out of my meds I'm scared to become schizophrenic and mythomaniac... ''Since i'm off my meds'' gabrojazz - Keys ZankFrappa - Drums catfishsmith - Lyrics & vocals antonklinkt - Bass , arrangements & mixing/mastering Buttercup - Vocals Bill.... Yours truly - Guitar , original concept
Read Comment Like
11   10

PLUS
OregonGuy / Terry Campbell 3 days ago
Tried to share this earlier, but I realized a vocal part was left out. So glad music is here to help express things that just could be otherwise. Great tune Kevin, awesome guitar Newguy, it just seemed right.
Read Comment Like
4   3

PLUS
OregonGuy / Terry Campbell 3 days ago
This helped me get my mind off of everything... and some stuff out I needed to say. Love This Place!
Read Comment Like
0   0

rajukochhorro / Rajuko Chhorro 3 days ago
Hello everyone, I have a complete rock/metal song but since I can't sing, I need someone to do vocals for this track. Anyone interested to collaborate, please give it a listen!
Read Comment Like
0   4

PLUS
xterrabill / Bill beamba fictitous 3 days ago
I was talking to mark today, it got me thinking about all the tunes we did with alex and the crew. stay safe all!!
Read Comment Like
3   6

PLUS
DaphneB / daphne bye 3 days ago
I just joined and since we are all in this isolation, I figured I would check this community out, if you need vocals hit me up =D
Read Comment Like
26   10

PLUS
xterrabill / Bill beamba fictitous 3 days ago
Very Happy belated K-day to https://www.kompoz.com/music/artist/lafngrrl i was going to post this and completely forgot. :( You did such a great job on this!!! Theresa ,Thank you so much for letting me share this with you and Ben.
Read Comment Like
6   7

PLUS
Redfish / Redfish Bluefish 3 days ago
Need to relax? Save this one for when you have some quiet time. Close your eyes .......... A soundscape painted by Bertrandlunasam, Minime and Okobox ....
Read Comment Like
2   4

PLUS
Treid / Timothy Reid 3 days ago
Hello Kompoz friends, Hope everyone is well. Quick questions from a N00B to some of the veterans out there. I want to change one of my private tracks to public. Unfortunately I get a message telling me that my subscriptions only allows me to upload 25 public songs... OK! so, I deleted some tracks to make space. I now have 23 public songs but when I try to change the track from Private to Public I still get the same message about only being able to upload 25 public tracks... Anyone encountered this problem before? Sorry if I am n00bing to the max here. Also on a side note. Obviously, I need to clean up my tracks to make space for some new stuff so if anybody is currently working on an upload for track of mine let me know so I don't delete it. All the best!
Read Comment Like
4   1

PREMIER
JenCarie / Jennifer Carie 3 days ago
Finito! :) Hope you all like the finished product. The words seem very timely to what we are going through right now. I want to thank all of you on this track so much! You are the salt of the earth. I adore you all and we just work so great together! Tim, you are ridiculously gifted and this song wouldn't exist without you! Chile... You are the spice of life, my friend. Thanks for your passion and stupendous drumming! Nigel with your always perfect vocals that add the warmth and depth to any song you touch and Emanuel for your mix/master. Your patience and leadership is always something I count on and appreciate so much!
Read Comment Like
7   9

USAsongwriter / Daniel Lee Williams 3 days ago
Like many others around the country...I suddenly have found myself with some extra time available for working on music due to the pandemic. With that being said...what I would like to focus on is writing lyrics...and maybe even doing some vocals for piano oriented music such as this track written by myself unfortunately. Love the song...but I'm really not interested in the time consuming affair (for me anyway) of having to create music myself. I'd much rather spend that time doing what I do best...lyrics. If you are a kompozer with the ability to create...and arrange...piano music like what is heard on this track...and need assistance with the lyric and vocal melody side of things...I would love to hear from you. Those interested can simply PM me...and we'll go from there. Hope everyone is taking care of themselves and making the most of any free time on hand if they have it. Take care of one another and keep safe!
Read Comment Like
0   0

PLUS
BillyLimbo / Billy Limbo 3 days ago
If your in the mood for some classic Rockabilly- From The King......Elvis Presley- Little Sister
Read Comment Like
0   0

PLUS
rhythmicdevil / Steven Wright 3 days ago
This is sounding pretty amazing. Tony Hill has really outdone himself with the vocals on this. Its full on psychedelic!
Read Comment Like
2   2

PLUS
MikeJM / Mike Mantecon 3 days ago
Okay, new lyric. This one came out sort of as a rap tune, which I'm not even sure - for the relatively few rappers that are here - if there are any who would rap another person's lyrics lol. Well anyways, putting it up here to see at least if someone can figure out another genre for it. :-) https://www.kompoz.com/music/collaboration/1000851/file/1000852
Read Comment Like
0   1

PLUS
lindsayparks27 / Lindsay Parks 3 days ago
Looking for collaboration with this song. I’ve been holding on to it for a while, and can’t seem to polish it.
Read Comment Like
0   0

PLUS
lindsayparks27 / Lindsay Parks 3 days ago
This is a song I wrote last year. I’ve never been able to get it off the ground. I really need vocal ideas and arrangement/mixing suggestions
Read Comment Like
0   2

PRO
Nimrod / J W 3 days ago
Just came in the Poor UPS guy I tipped him, I could see his mask burn a Trooper for sure. https://twitter.com/hashtag/ThanksForDelivering?src=hashtag_click I played around with one in Demark and loved, shh don't tell any one I bought German "I mention it once but I think I got away with it" 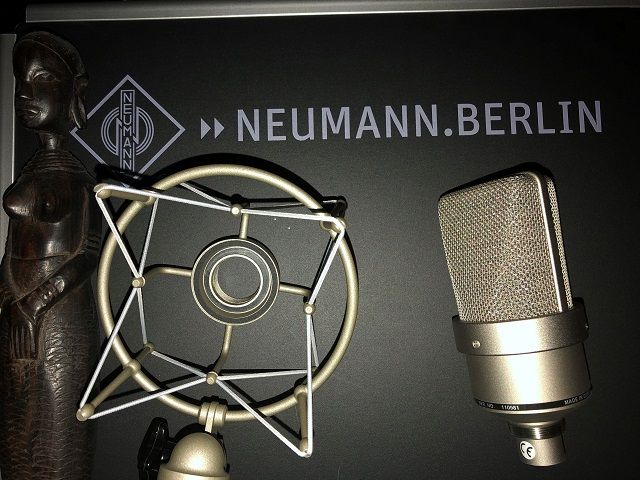 PREMIER
RickyD / Ricky Shaw 3 days ago
This song for Mike's Grandad is filling in nicely. May have room for a little call and response guitar during the verses if anyone cares to share their bluesy fingerings.
Read Comment Like
0   4

PLUS
LeRoc / Bert Smit 3 days ago
I'm listening to the new CD Ormenion by Greek group Evritiki Zygia. I understand they combine traditional instruments with vintage synthesizers. I really like the energy. I'm trying to count the beat of this song; I think it is in 7/8?
Read Comment Like
2   1

PREMIER
BergR / Ryan Berg 4 days ago
Story: Recently, I joined an originals band. I'm a sucker for punishment. It was all sweet potatoes, great material, great players. I recorded about 10+ demos, spent a shit ton of time. They were great dudes, until the third rehearsal when the leader started getting weird and essoterric about songs, more talk than playing. Then came the 3page email about committing to the project and a full Diss of the keys player. Damn nasty stuff. In fact so nasty, I thought really hard, who the fu*k want to travel and work with nasty people. Imagine being on tour with that kind of toxic. No thanks. It might have been corona stress or the reason the guy can't keep band members? Part of the reason I joined kompoz.com was after the suicide of a band mate. Who was strangely similar to this band member. I was burned out. No one should go through that. Then I found this site, it's been a trip. I might have fucked up as a newbie, but have also learned a truck load of valuable things. Thanks community. The flip is, one door closes, new ones open. Literally next day got booked for album project, a couple of one offs and the next originals album is getting worked on. So whilst there are no live gigs, I'm still pumped I can work in studio. Thanks community for all the inspirations. Luvs ya guts. BergR
Read Comment Like
8   11