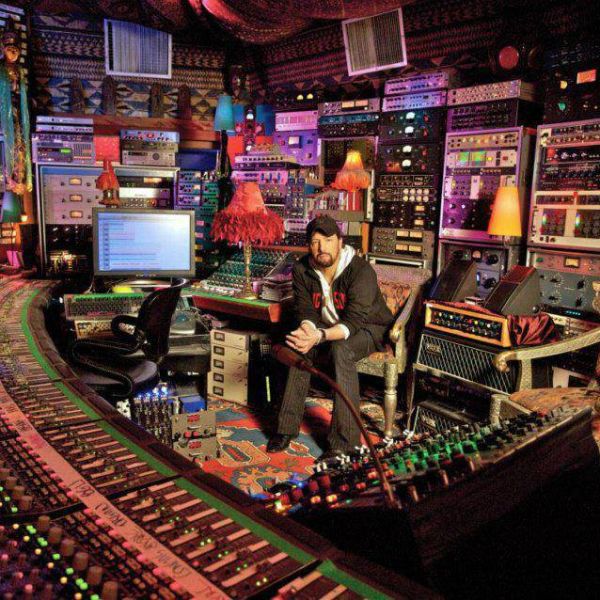 What's Your Set Up?


Have a look at the MOTU Ultralite MK3 Hybrid.


the Moto is USB2. my usb's are not listed with 2s. the specs don't mention ipad. Looks like it's laptop, mac and pc, but they don't really mention laptop. Update: Another spec sheet says ipad hookable and I guess it would be anyway.


It's a Firewire 2 device, Carolyn. It can receive power from an external power supply too. Although it *can* also get it's power from a USB port, it would be more advisable to use the external power supply so as not to take too much current from the USB port and possibly shorten the life of the laptop's main board. Many laptops have 1394 (Firewire) interfaces built-in - so I'd be more inclined to use that rather than USB. As for the iPad; There's probably an adapter that will let you connect it to the laptop via USB.


does that cause any hassles when going back to usb in the desktop? anything to be aware of?


Not sure what you're asking...? can you expand a bit please


For instance, if I should decide I want to go mobile when I'm recording and then hook it up on the PC. Since the PC is all usb. currently, if you unplug a Steiny from a PC usb, every once in a while, the reconnection won't work. Even the guys at Yamaha can't make my drivers work right, which is no surprise. They ran me through the same exact procedure i used and i am not bad with mechanical things. I actually inherited the mechanical-bility of my dad, who was an engineer, (even though some of you think im a 'nightmare'). Those exact ports that the Steiny refuses to engage are actually working with all my other peripherals. but unplug that Steinberg and everything is off set and I'm looking for more user friendly Inter-ac-tion


Have you tried the ASIO4ALL driver on your Steinberg interface ? Maybe worth a try to see if it helps with the unplugging problems. Since it's made by Steinberg too, chances are it it *could* fix the problem ??? http://tippach.business.t-online.de/asio4all/intro.html From what you've written, it suggests you're taking a PC with you to go mobile ? Surely you mean a laptop ?


I'm not putting a desktop in a rack.


Sometimes you need to find the 'right' USB port for particular piece of gear. I know this from all the trouble I had with my gear on my Windows 7 64 bit Pro Tools 11 PC DAW. One of your USB ports will be the one your I/O device 'likes'. Assuming your PC is switched off; Power off all your gear and unplug all the USB devices that are not essential to starting up your PC (except for USB keyboard and Mouse if you have them). Boot up the PC; Once it's initialised and ready to log-on, just shut it down again and remove the power cable. Connect your Steinberg I/O device to one of the free USB sockets (make sure it's not a USB3 - these are marked blue). Boot up the PC and when you log on, look for the "driver installed successfully" message. If this message appears always use this USB socket for your Steinberg I/O. If the message doesn't appear, shut down the PC and try another USB socket. Keep repeating the shutdown process until you find the 'right' USB socket for your Steinberg I/O. Once you've found the right one, shut down the PC, connect another USB 'device' (iLok / e-licencer / whatever) and reboot. The USB devices need [initially] to be installed one at a time and then the PC shut down between each new USB device being added. Once the PC 'knows' the USB initialisation sequence (and you keep using the same USB socket for each piece of gear), you *shouldn't* have any problems transitioning back to your PC after using the laptop for recording remotely. It's then just a matter of transferring the files from the laptop back to the PC. Hope this helps a bit :o)


Okay. I did this. Twice. No news to report.


I see the cost has been kept down using an MSI board. That was a surprise. Good news: No VIA chipset; it's AMD A75 FCH as you reported. For DAW's, I've gone the intel route after problems with AMD. Of course that was a while ago and it's not to say that AMD chipsets / processors are less reliable today. I'm afraid I've run out of options, Carolyn. And, btw, you'd need to install a 1394 card on your PC if you wanted to use firewire devices.They're relatively inexpensive.


You might check out this unit, works with PC/Mac and mobile devices, has usb & device port, good price right now too. http://www.musiciansfriend.com/pro-audio/focusrite-itrack-solo-lightning


Thanks! I did not, though, see the Hi-Z and it only goes to 96kHz. It says directly connect. Maybe another spec sheet has Hi-Z. But...I currently have the 192. they just aren't working, is all.


This goes with the photo I have inserted at the top. Okay. I have two of these CI2 interfaces. Note: When I purchased the 2nd CI2, I compared the usb sockets on the rears. At the time, My 2nd CI2, looked just like what I have here, circled in red. I had photos of it for a class project, but I think i deleted them. Anywho, this USB socket, is what #2 interface looked like. This is not what #1 interface looked like and that is why it did not work. The black rectangular thing in there came off #1 and a pin fell into the unit. I went to GC, got another one and it looked like this photo. Guess what #2 interface looks like, tonight. I don't know why I never looked at that before. Where the HELL is that little rectangular thing? I swear somebody is sneaking in here and swiping them. I'm looking. I don't see it anywhere. I was in the middle of tearing them apart to interchange when I noticed it was no longer in the socket. What is that little thing called and where can I get a bunch?!


I found it. The tiny not-the-piece de resistance. It was on my other desk. Just sitting there. But it is very loose and actually falls out quit regularly. I'm going to put the drivers in a diff order than the Yamaha guy did.


oh. that piece should be mounted to the mommy. k. well, i believe it really is the Piece de Resistance. So now, i have a CI2 with no piece, a CI2 with a piece that keeps falling out, and a Focusrite that still has its piece. I haven't hooked up the FR yet, but if it works and i have two CI2's that have nothing wrong with them but the usb piece, then i am prolly not unplugging ever again. hopefully, i can find that part. the FR doesn't have firewire. do, anyway. Have any of ya'll ever replaced it?


HI, I have two of the Behringer umc204HD's. Gave away my Focusrite 2i2. I wouldn't go cheaper than the 204hd in Behringer's line because o the "mix" knob. but it's about 7 inches wide and 1.5 inches thick. very portable. I can put a whole "motel room" setup in a small computer bag. If you want "super" portable, I also bought the I-rig that just has a single input. (can be plugged into a phone) And it works too, but that second input is important to me as a guitar player who sometimes does guitar and vocal at the same time. I use Reaper. (DAW) I love Reaper. Because it doesn't come bundled TO anything, in my experience it works WITH everything. I've plugged a number of interfaces in, and they all work flawlessly with no griping. I like it's video capabilities too although I'm total noob on that stuff. But it does "enough" and a lot of things I haven't tried yet video wise. It' also works with all "normal" plugins. And comes with a basic set of plugins you can get by with for a long time. If you haven't messed with reaper. Download it. It's free to download and is fully functional (forever) with just a reminder screen at boot. I purchased it, because I believe in it. It's been through many updates and upgrades and my original purchase is still good. I had (and liked) Logic...then it "moved on" from the OS....and their upgrade program was "Just buy it again at full price." That's when I moved to Reaper. ain't never going back. I like the apple computers...don't like their software/customer service. They don't give a rip. I've used reaper on Mac and PC... no problems moving back and forth. If you want a DAW that works with whatever you plug into it. I'd go Reaper...and only put the trial versions of things on your machine if you think you want to....but with Reaper you won't have to remember what works with what. (Although I haven't done this, if there are certain "looks" you like on the screen, Reaper does have "skins" you can download so it has the feel of your old fav. software. Not an issue for me...but some find it a quicker way in. They basically all work the same it's just figuring out what each DAW calls things. My set up is Reaper on several computers (for portability...can carry projects on jump drives). Mackie monitors and various headphones. My Behringer U-phorias.... and a bevy of mics. (they too offer some software...you can ignore though) They have a nice plugin pack that's worth downloading. MICS: Rode NT1, some Shure 58 and 57s. a matched pair of Tascam small capsule types...And a few others. I play mostly acoustic instruments and find mics usually superior to the built in acoustic/ele pickups, but if the house isn't quiet, I'll record with mic and with the pickup and do my best to match the pickup sound to the mic. Favorite quick and simple free plugins are TAL reverb and "LOUD MAX" I tend to use the stock plugins from whatever daw for most things... but like the TAL much better than REAPERS reverbs...for most things.